Look around this Halloween and you will notice a sea of non-Hispanic women dressed up like Frida Kahlo. In a time where black kids dress up like Captain America and white kids dress up like Dr. McStuffins, most people do not think twice about racial identities and crossing cultural boundaries. But when does appreciation for another’s culture cross over to cultural appropriation?

Disney faced backlash last Halloween for selling costumes for Maui, the Polynesian demigod whose tattooed skin is a major part of the animated movie. The reason? The costume was not Maui’s clothes, but his tattooed skin. “Brown skin is not a costume” was the response of many who cried foul over the case of cultural appropriation. 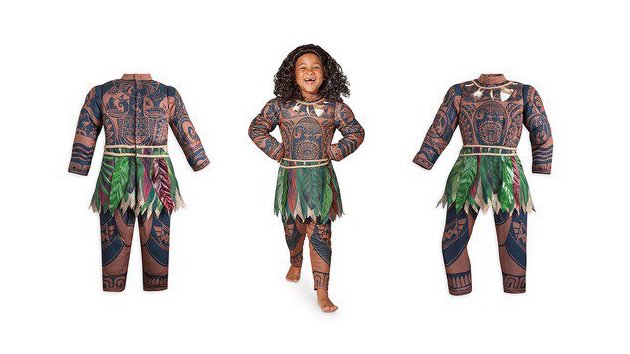 Recently, we saw a case in a Silicon Valley startup who called themselves “Bodega.”Founded by two non-Latinos, they were looking to make mom-and-pop corner stores obsolete. After immediate backlash, they released this apology:

“Despite our best intentions and our admiration for traditional bodegas, we clearly hit a nerve this morning. And we apologize to anyone we’ve offended. Rather than disrespect to traditional corner stores — or worse yet, a threat — we intended only admiration.”

Then just a few days ago we get news of travel blogger Jenny Niezgoda launching a Kickstarter campaign for a “healthy frutería”called La Gracia. “Help us improve San Diego” she says in a video set in Barrio Logan, a historically Mexican-American and Chicano neighborhood in San Diego with a long history of grassroots activism and fighting gentrification. The video pans on scenes of Niezgoda next to murals of Latinx icons like Cesar Chavez and Frida Kahlo. “Help us bring healthy options to the barrio!” she yells at the end the video.

This campaign hit a nerve with many in the Barrio Logan neighborhood, and all over the internet. Here are a few reasons why.

How do you prevent these blatant examples of misappropriation? Have more Latinos in the board room. When making branding decisions or agreeing on a multicultural marketing campaign, make sure you include diverse voices with seniority. It’s not enough to invite Carlos from accounting to the discussion, make a point of hiring diverse executives that will help your company make the right choices when it comes to multicultural outreach.

If you are a startup or solo entrepreneur: before embarking on a project that involves a culture outside your own, hire a consultant that is well versed in outreach in that culture. It’s not enough to have spent summers at a resort in Mexico or Costa Rica, listen to cultural experts. They are easier to find than you may think, and will help you avoid a costly PR disaster.

Joshua is a seasoned communicator, having presented at many events, conferences and trainings. A subject-matter expert in the field of Latinx and multicultural marketing, Joshua is multilingual, culturally competent and a natural leader. View all posts by Joshua Molina